This is the third year that I’ve been given the opportunity to attend a three day conference, packed full of plenaries, seminars, and excitable administrators.  It really is the best place to network, to speak with colleagues across the sector, to reassure yourself that you’re not alone in the insanity in the sector.

In previous years, I’ve gone to Lincoln and Sheffield, and this year the University of York played host.  I’ve been to the York campus before for work so it was nice to go to somewhere familiar.  That said, most of the conference was on their East Heslington campus WHICH I ADORED.  Look, I say this every year – my manager is very used to me falling in love with every institution I visit.  And then getting depressed by my almost brutalist (in a bad way) workplace when I get back to the office.  But I did so love the University of York. 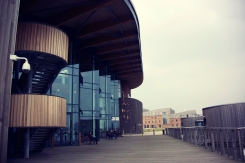 When you have meeting rooms floating on the pond, you know you’re on to a winner.

Anyway, after a good three hours of strategic work chat on the train to York, my manager and I dumped our bags at the pleasant-enough hotel, and then took a wander around town.  I’ve been to York 2 or 3 times before, but I really wasn’t recognising any of it.  I texted Rach just to check with her that she’d taken us to the real York on all those other occasions – I was not convinced.  It wasn’t until we walked passed the Disney store outside which a bird pooped on me that it all fell into place.  It’s ok Rach, I believe you now.

I didn’t manage to get any shopping done, but it wasn’t for want of trying.  I tried the Yorkshire Soap Company but this was where the first of my three Yorkshire tellings off occurred.  I hadn’t seen the sign saying “no photos” so was about to Instagram a shot when the SA yelled at me.  That put me in a fairly stroppy mood, and I’m still not entirely sure why they have that policy – do they not want people to promote them on social media?  I left without a purchase.  We then walked up to Give the Dog a Bone which is one of my favourites in York, and couldn’t find anything there either. Finally, we went into the Mulberry factory store, but I was insane if I thought I could remotely afford anything in there.

My next telling off came the following day when we angered a bus driver (I clearly am not up to date with bus standing etiquette) on the way to the campus.  I managed to get through the rest of the day without being yelled at again though, and ended the evening with a wonderful dinner at the National Railway Museum. 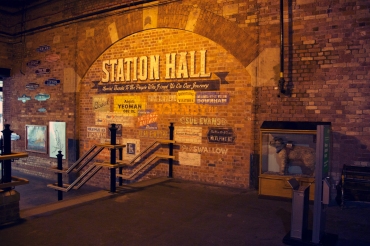 It was pretty spectacular – we had our meals on the platform in the Station Hall and were allowed to freely wander around the trains, which of course I took advantage of because I’m a giant dork.  Husband would have loved it.

After the meal, a former colleague and I walked back to our hotels for a bit of night photography and chat.  It was quite surreal at some points over the three days – two of my former co-workers were there, so it felt like they had never left.  I loved catching up with them. 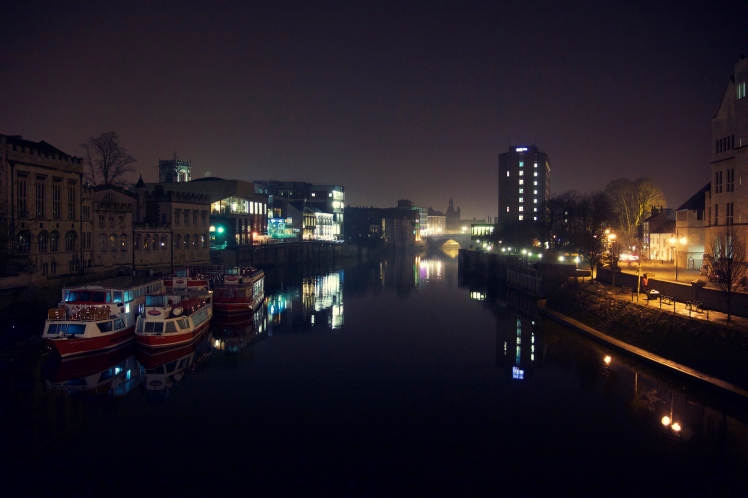 There was a couple more conference sessions on the Wednesday morning, so I ended up leaving York at about 12.30 after being told off by another bus driver.  Hey lady, I did press the bell as it clearly says Bus Stopping up there.  You know, I came out to have a good time and all that.  I was not as popular with the Yorkshire folk this time round – I speculated that it was because I wasn’t with Rach and/or Tim so clearly I shouldn’t go back without them.

It’s not quite the end of conference season for me yet though.  Next up – Reading.  Slightly less exciting.

2 thoughts on “She took the midnight train”

First Scottish power cut
On @kebambling's advice, we checked how far apart Susan and Sean on Married at First Sight Australia lived. I don't know guys, I don't think it's going to work out
Finally catching up with my photography backlog @mrjoneswatches #mrjoneswatches
Dreamy