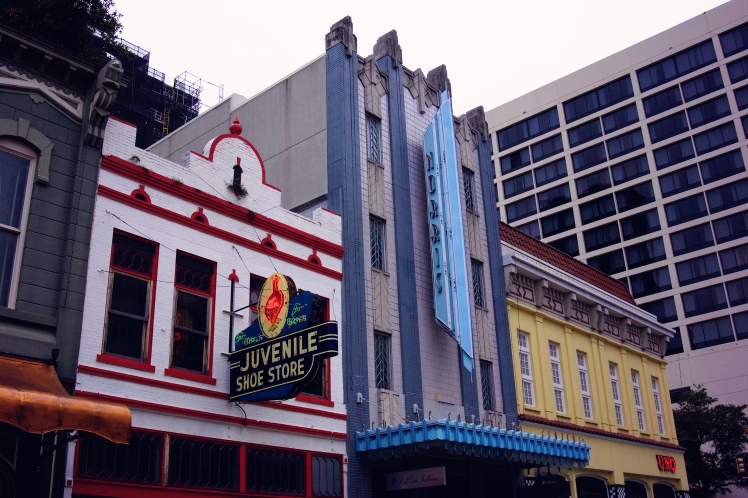 The last stop on our mini-Texas tour was Dallas-Fort Worth, which is technically two cities (or one “metroplex“).  We were visiting friends who live about halfway between the two cities, and they’d very kindly offered to show us some of the highlights.  We only had a day in the area so we definitely only scratched the surface of both locations.

First up, we drove into Fort Worth for some brunch.  I’d seen some good reviews for Yolk in Sundance Square, and whilst it was good, I don’t think it was worth the hour wait.  We did get to explore Sundance Square whilst we waited which was very relaxed and peaceful on that Sunday morning.  It was also freakishly cold (again!) so we were pleased to finally get into the warmth of the restaurant.

I loved the neon signs around the area, and there were some very pretty old buildings. 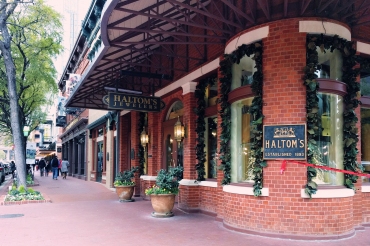 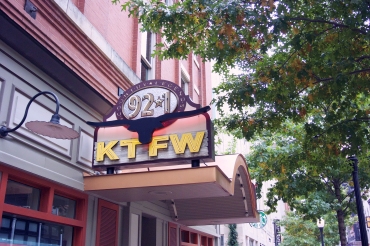 Continuing the old theme, we then drove to the historic Fort Worth Stockyards.  I have such little knowledge of American history that I don’t think I understood the significance of the Stockyards, but there once was a lot of cows here (that might be understating some facts).  There still are some cows here who get herded down the street twice a day (we weren’t in time for that), but there’s also cowboys, shops, bars, and a rodeo in the district.  It was fun to wander around and see the wild west – a little cheesy, but fun! 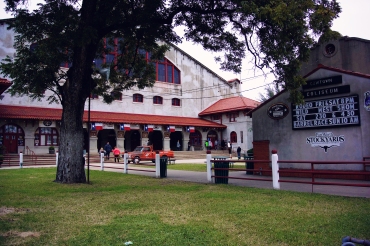 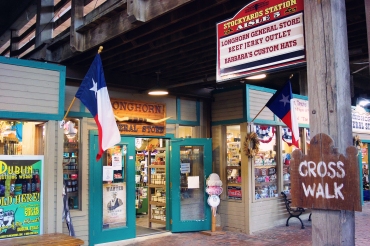 We jumped back in the car and drove the 45 minutes over to the Dallas Arboretum and Botanical Gardens.  When we were asked what we wanted to see, we hadn’t wanted to spend a significant amount of time in Dallas city centre – we figured that it was similar enough to other big American cities that we’d been to, and as we had such a short amount of time, we wanted to do something different.  The Arboretum looked beautiful, and we were lucky enough to visit when they had both their Fall and Christmas displays out. 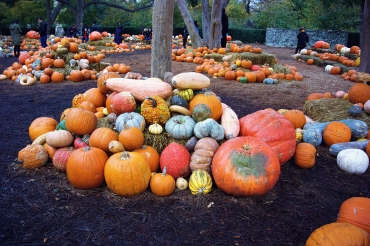 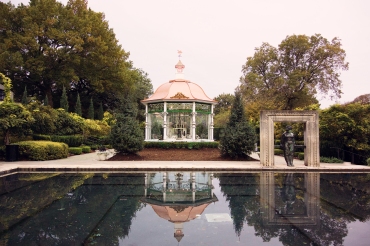 It was a grey day, but that didn’t stop us spending an hour and a half here, enjoying their wonderful displays.  I can imagine it’d be stunning in the spring.

We then drove around Dallas for a bit, seeing the big skyscrapers and going passed the infamous grassy knoll.  For dinner, we’d asked for something authentically Texan so were taken to the Truck Yard.  This place was amazing – they have different food trucks every day and if I lived in the area, I’d be here all the time.  Husband had some kind of huge chicken sandwich, I had a hot dog, and we sat people-watching as the sun went down. 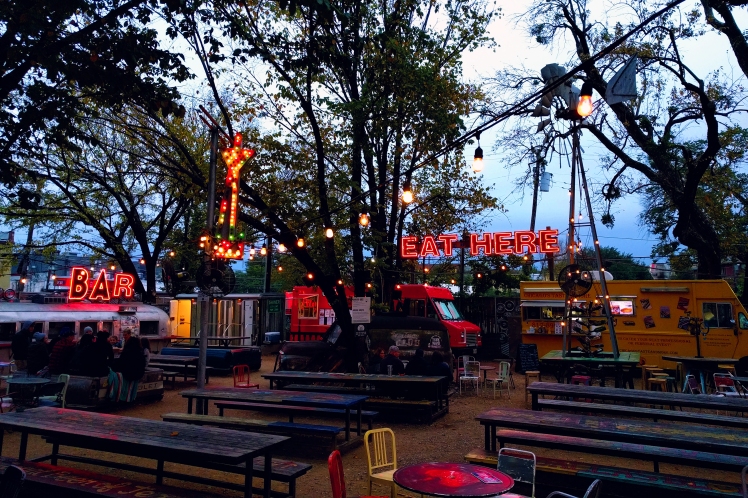 I really wish I’d taken a photo of the front entrance as it was covered in lights.

On the way home, we stopped at a Dairy Queen (or DQ as it’s called now) for some ice cream – I have always wanted to try DQ ice cream – it’s one of those places that I saw referenced in TV shows as a teen – and it feels quintessentially American to pick up dessert on the way home.

We were so grateful to our wonderful hosts for showing us so much of their cities.  We only experienced a small slice of this huge state, but loved everything.  Maybe next time we go, it’ll actually be warm (yes, I’m still grumbling about this, two months later.  I’m not over it).

3 thoughts on “Dallas-Fort Worth, TX”