That was a lot of steps.

Walking around Edinburgh city centre was not fun.  The traffic was relentless, the pavements were thick with crowds of tourists – it was hot, smelly, and busy.  Fortunately, we found three relatively peaceful places to escape to.

First up on Monday evening was Calton Hill.  I had no idea this place existed – a hill with panoramic views of the city and covered in monuments.  It was relatively crowd free up there, although there were a few idiots with selfie sticks cluttering up the place.  We had a wander around, looking at the view from each side of the hill – so pretty.

From Calton Hill, we could see the destination for our Tuesday trek – Arthur’s Seat.  We had attempted it last year before I yielded defeat and dragged Husband back down with me.  It was much cooler this year, and I had come prepared with better trainers and not in a dress.  I also gave myself a rule – no Arthur’s Seat, no Soderberg pizza. 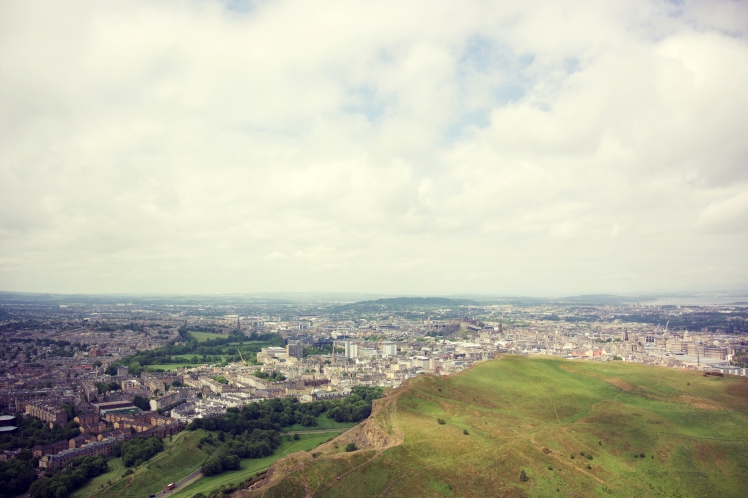 I don’t know if it was the thought of pizza or my trusty Go Walk trainers, but we got to the top – go me!  Sounds silly, but I was so pleased with myself as I’m not the type of person to go clambering up massive hill.  We didn’t stay too long at the top as it was fairly busy with people, so after a few celebratory photos, we clambered down.  In the wrong direction.  The wrong direction which happened to be a vertical sheet of rocks.  It wasn’t the best decision ever made and led to me spectacularly falling over and scratching up my leg.  I got completely covered in dirt, and was a hideous mess when we eventually made it to lunch.

We had to go back up the hill for a bit to find our way to the main path, and then descended what felt like hundreds of steps, passing loads of people going up that way.  I am so glad we went the way we did – I don’t think I would have been able to make it up all those steps and I felt really sorry for the people catching their breath all the way up.

The whole walk only took about two hours, so after pizza and a quick shower to get rid of volcano dust, we went of to explore Dean Village.  This was my favourite walk from the trip, an unexpected delight and so peaceful.  Cobbled streets lead to the Water of Leith, and we walked back to the city along the waterway.  We actually did this route twice, as it was also the way to the Scottish National Gallery of Modern Art which we visited on Wednesday. 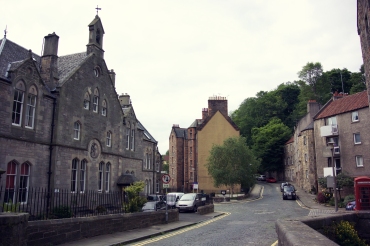 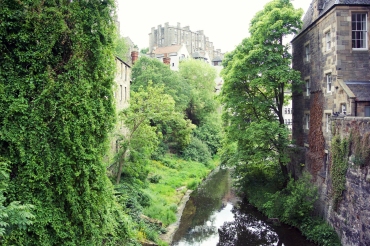 You couldn’t hear the city at all from here – it was like we’d walked to another town completely.  We left the waterway and went back into town up Howe Street, stopping for a very odd tasting caramel coffee jelly frappuccino in Starbucks on George Street – I’m very proud to say I was the first person to have it in from that store (although is proud the word?).

The other main bit of walking we did on Tuesday evening was to find somewhere to eat south of The Meadows, but I could’t tell you where that was as I was dizzy with tiredness and hunger at that point!  Most of the walking on Wednesday was around the culture, which brings me on to my next post…

3 thoughts on “Edinburgh – The Walking”