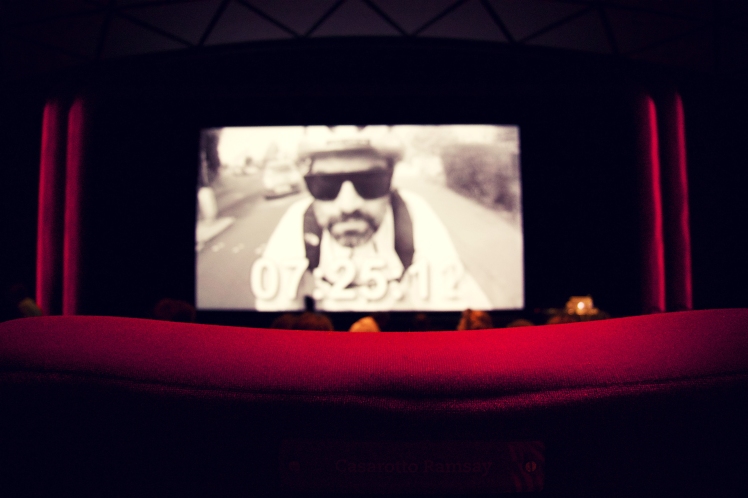 Another photo of Dr Buckles on his bike signals another Bug review. I’ll need to think of more creative ways to photograph his lovely cycling pre-credits sequence.

As with the last Bug, I didn’t love all of the songs, but I have become obsessed with one of them at least:

Robin Schulz’s Sugar is insanely catchy. I cannot get it out of my head. The video is a cute take-off of the Taylor Swift cop video and amused me for a few minutes, but it’s the song that’s most memorable. I was worried Robin Schulz was a douchey DJ dude, but he’s European so that’s impossible. I’ve just discovered that Nathan Barnatt who stars in this video was also in a Yelle video for Que Veux-Tu which is one of the best songs ever.

Data Ft Benny Sings – Don’t Sing is a good concept for a video. I loved the moment when I suddenly understood what was going on.

The video for Darwin Deez’s Kill Your Attitude had me rolling my eyes a bit – a female video character lead and all she’s concerned about is the washing up and dirty laundry? Really? But it’s a catchy song – I hadn’t heard of Darwin Deez before so I think I’m going to investigate further.

I loved the video for Lights by Hurts, mainly because it reminded me a little of a club I used to go to when I was younger. The choreography is great, and I’m just a teensiest bit in love with Theo Hutchcraft because of it. I’ve heard their song “Wonderful Life” on XFM and Lights continues along the same vein, so another band for the list.

Bug was the first of two shows that we’ll see Adam at this month – we’re off to the Greenwich Comedy Festival next weekend to see him again. He ended Bug with a very funny Bob Dylan video which I would guess he’ll show again at the festival, but we shall see.