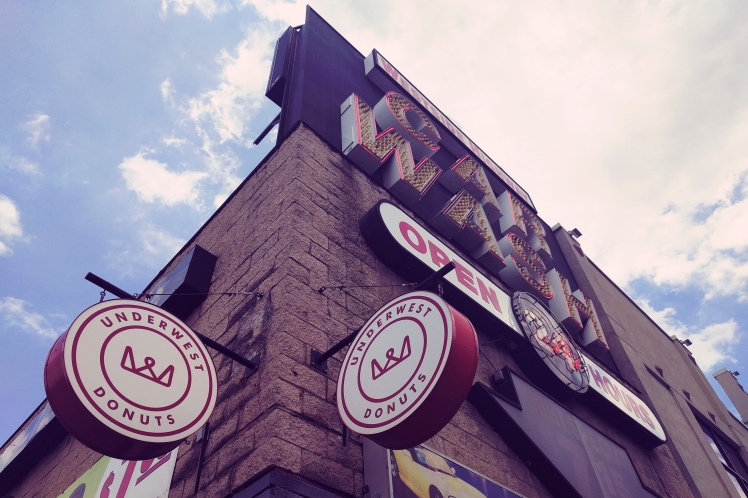 We hadn’t aimed to eat at (mostly) entirely new places on this trip, it just happened by chance.  We’d hoped to have at least one fancy meal but the timings didn’t work out, and it was too hot to eat a lot of food but I would 100% go back to every place we visited.  Such great additions to our NYC favourites.

Saturday night – Dos Toros Taqueria
We’d eaten on the plane of course, but we couldn’t resist grabbing some tacos from Dos Toros Taqueria on 6th Avenue (well, Husband had a burrito).  The store was almost empty, but the tacos were delicious and the guacamole and chips were so good.

Sunday Brunch – Haven Rooftop
I spent so long trying to find the perfect brunch place.  It needed to be the right combination of unpretentiousness, location, and menu.  Haven Rooftop ticked all those boxes so I can now say I’ve eaten avocado toast at a rooftop bar – surely this is what every New York trip legally has to these days.

We were at the rooftop as it opened so almost had the place to ourselves.  We thought about having some bottomless cocktails, but wanted other drinks from the menu (mine had a crazy amount of booze in it).  The avocado toast with poached eggs was just what we needed, and it was so fun to sit above the spire of the church next door.

Sunday night – 5 Napkin Burger
John Oliver finished about 8pm, and we had a vague plan of grabbing a burger.  Naturally, my first thought was Shake Shack but then we saw 5 Napkin Burger  and thought we’d try it out.  It looked crazy busy but were seated straight away so I got to try their original burger whilst husband had the Avocado Ranch – he had gone avocado crazy on the first two days of this trip.  They were both bloody delicious.

Monday lunch – Alamo Drafthouse
We kind of gave up on meals on Monday – the burger had been so filling the night before – so for lunch, we had popcorn and warm pretzels whilst watching The Big Sick.  It was a crazy amount of butter popcorn.  It was a bit confusing to start with as we couldn’t figure out where to get food from, but one of the waiters came and explained it to us – write what you want from the menu on an order card, stand it up on the table in front, and they’ll come and take your order.  You can continue to do this throughout the film as they keep an eye on everyone and towards the end, the bill is dropped off at your table for you to pay.

Monday night – Five Guys
We got lazy and just had some fries from the Five Guys on our block after seeing 1984.  Again, I wanted Shake Shack but it wasn’t to be.

Tuesday random snacks
No proper lunch today as we wandered around Greenwich and Soho.  We had our traditional lemonade and sticky buns at Amy’s Bread in Chelsea Market which was perfect as always, and then we brought out the big guns. 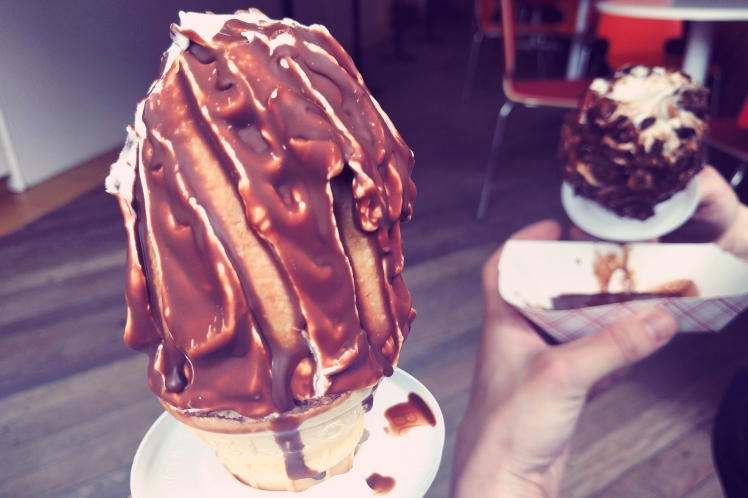 We visited Big Gay Ice Cream on our first trip in 2014 but it wasn’t ideal ice cream weather at the time.  This time round, it was about 30˚C so stunningly perfect ice cream weather.  I had Salty Pimp and Husband had American Globs as before – damn, I love this shop.

Tuesday night – NY Pizza Suprema
I have never had ‘proper’ New York pizza, so this was another one of those things I spent a lot of time researching.  There are a ridiculous amount of articles on the perfect slice, but many of them mentioned a place that was 2 minutes away from our hotel – NY Pizza Suprema.  I had to get rid of any preconceptions because honestly, it didn’t look like my kind of place from the outside but the pizza was AMAZING.  Nothing I’ve had before compares and just looking at this picture is making my hungry. 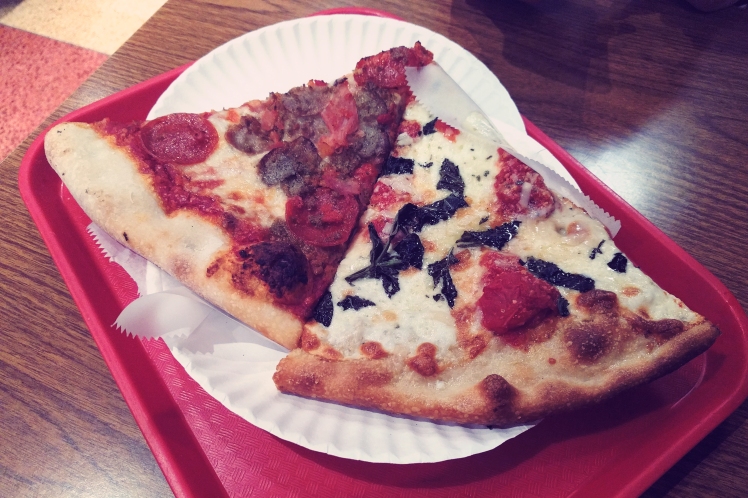 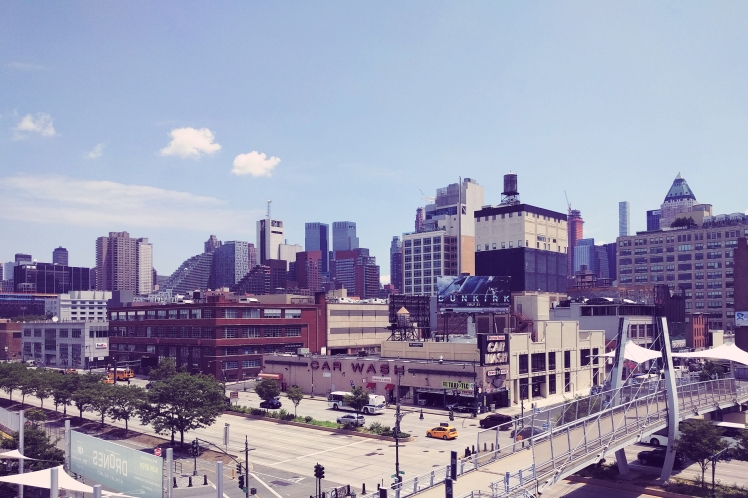 Wednesday snack – Underwest Donuts
I worried Husband by telling him I wanted to visit the Westside Highway Car Wash, mainly because we didn’t have a hire car so he thought I’d lost my mind.  This one was special – a tiny corner of the car wash has been converted into a little doughnut shop called Underwest Donuts and let me tell you – those doughnuts were so perfect .  There were too many to choose from – I had dark chocolate but I also wanted the espresso bean, and the maple waffle, the brown butter…  OK, I wanted all of them.  Why did we leave it until the last morning to try them out? 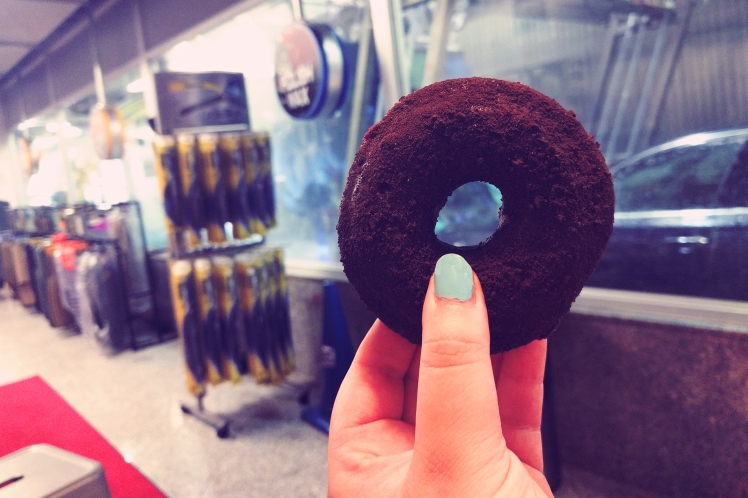 It’s oddly satisfying to sit in a car watch amongst Magic Tree fresheners and washer fluid whilst eating doughnuts.  Truly the American dream.

One thought on “New York in July – where we ate”