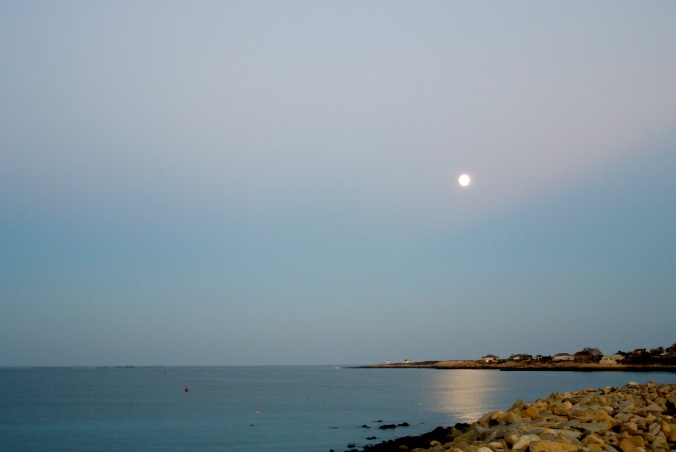 Miles travelled
Not including the London to Boston bit – 37 miles

Where we stayed
Rockport Inn and Suites in Rockport, MA

Where we ate
Lunch was on the plane (and wasn’t actually that bad, all things considered).  We ate a snacky-dinner at a coffee shop called Bean and Leaf Cafe as we weren’t that hungry (lemonade and a brownie for me, coffee and a lemon cake for Husband).

The first thing we discovered as we woke up bright and early – our plane had randomly been delayed for three hours.  It wasn’t the best start, but we decided to go to the airport anyway as there wasn’t much point waiting around at home.  As soon as we joined the bag drop queue, we were whisked out of it to a secret exclusive queue around the corner, and given vouchers for free food – Delta seemed very keen to apologise for the delay by treating us really well!  We used our vouchers to get some breakfast in the airport restaurant, had a wander around, sat down and read for a bit, and before we knew it, we were on our way.

The plane trip itself was perfectly pleasant.  We had upgraded ourselves to premium economy, so had a bit of extra leg room -crucial for Husband as he is tall, unlike shortie me who was swimming in space!  We had a pasta thing for lunch, which was quite nice, and I watched Now You See Me, and The Way, Way Back which made me bawl my eyes out.  For some inexplicable reason, I also decided to watch Melissa and Joey, which I have never seen before and will never see again.  And then we landed!

We got through passport control and customs really quickly, mainly because we were one of the first in the queue, grabbed our bags and then went to collect our car for the trip.  Boston Logan Airport is so easy for rental cars – all the companies are in one building and to get there, you can grab the free shuttle bus.  We had a really nice guy go through the paperwork with us at Budget (I think his name was Chris) so by about 4, we had our 2.5 litre Volkswagon Jetta who we named Walter, and then we were off up the I-90.

Neither of us have driven in America before and we were a little nervous as due to our plane delay, we would now be driving out of Boston at a really busy time.  Fortunately, the GPS kicked in really quickly as we left the airport and I think without it, we would have been lost – it was so confusing!

The drive was a  bit surreal.  We stuck to the main roads but even then, the surroundings were so pretty and so American, which is a ridiculous thing to say because of course it was American!  There was a bit of traffic in the Boston area, but once we got a bit further out, it was a breeze.  We made it to our hotel in Rockport, Massachusetts without incident, and it was such a relief to get the first nerve-wracking drive out of the way, that we got quite giddy!  We chilled out in the room for a bit, before deciding to brave the car again and drive into town. 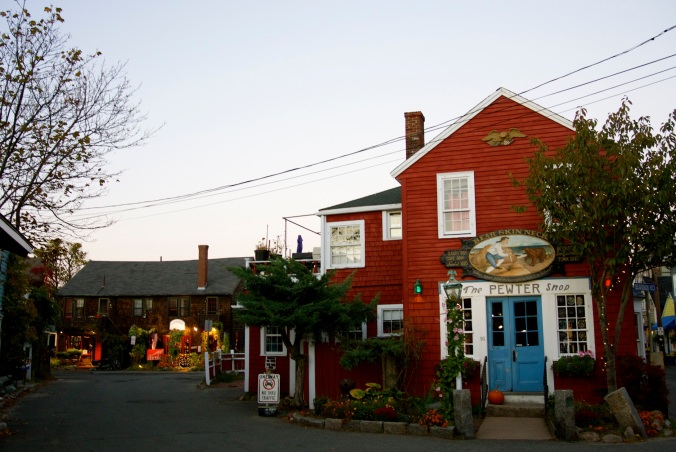 I fell in love with Rockport.  We got there as the sun was setting and it was so beautiful and peaceful.  There were a couple of people out walking their dogs, some going into the local performance center (it was broadcasting Kenneth Branagh’s Hamlet and looks freaking amazing) and it was a delight to walk around the town.   We went down to the harbour to take some photos and have a quick look around, and dropped in the Bean and Leaf cafe, where the guy behind the counter gave us some more info on the area.  I think Rockport was having a festival that weekend so we were sad that we’d miss it, but we vowed that we would be back to the town in the future.

We drove back to the hotel, where I had a bath and we watched Parks and Recreation, before collapsing into a very deep sleep!