First of all, an apology for the insane amount of photos that now follows.

This past week was spent with my In-Laws in the very south west corner of Wales at a stunning Landmark Trust property – the West Blockhouse.  This is the third Landmark Trust place Husband and I have stayed at, although it was actually the first property I ever saw of theirs many years ago.  It’s just taken us a while to book here.

The blockhouse was built in the 1850s to protect the bay from enemy ships.  I’m paraphrasing, but the LMT website has all the history you’d ever need on the place.  Just over 40 men were squished into the fort, but fortunately for us, there were only 6 adults, a toddler, and a dog so we lived in luxury for the week.  The LMT have done an amazing job at restoring it, with comfy bedrooms, a snug living room, and very clean bathrooms.

The drawbridge leads directly into the first floor, and the main living space.  The ground floor was an unfinished basement area, with one of the rooms containing a table tennis table.  I didn’t get a chance to play!  The outside space was on the roof, and out back in the grassy garden.  The one criticism I had of the fort was that there was nothing to sit on in the back garden.  There were deckchairs but they were at the top of the spiral staircase for the roof – it was too awkward to try to bring them downstairs.  That’s possibly one of the most ridiculous statements I’ve ever made.

As we got closer to the fort, the fog rolled in from the sea, so this was the first sighting of it, all misty and dramatic.  The fog didn’t stay for too long, but did make for dramatic photos.  Believe it or not, the sea is just behind the fort at the end of the pathway. 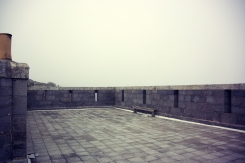 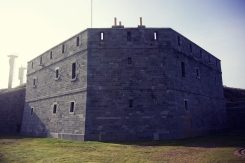 The light beacon still works – we went down there a night to see it flashing red.  Very exciting. 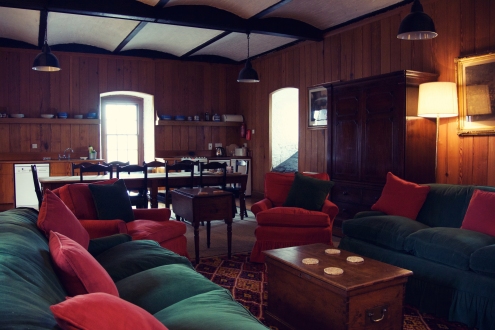 The bedroom in the above was our room.  We had the lowest bedroom window so I could just about see out!  Super comfy beds though.  The living room had the kitchen and huge dining room table at one end which was perfect for evening meals. 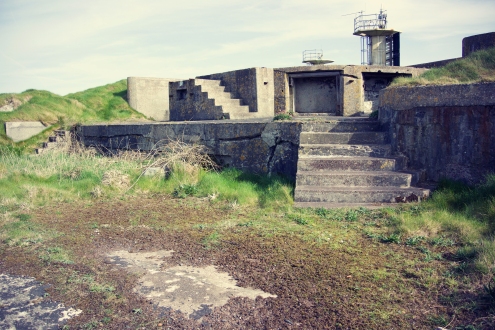 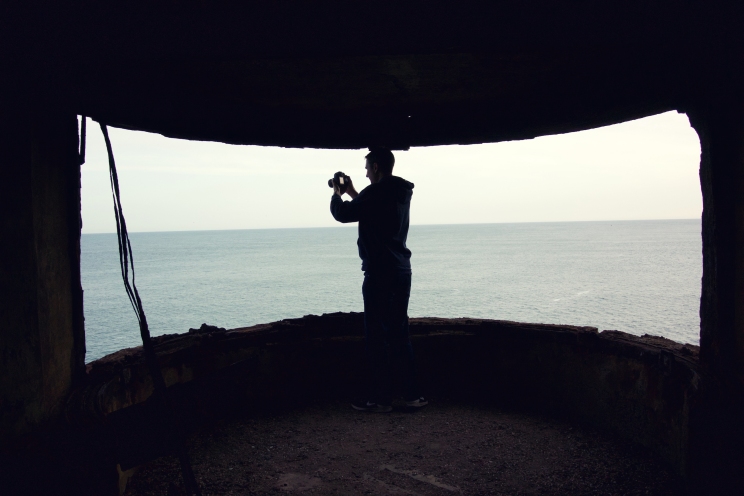 On the grounds at the front of the fort were these amazing bunkers.  And at the back, we spotted a series of almost-broken steps in the cliff.  Naturally, we went down there to find this lookout point, completely sheltered from the wind. 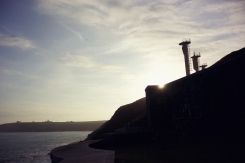 There are three leading light beacons a few hundred metres away from the fort to guide ships into the bay.  The first night we were there, a foghorn could also be heard.  It was very atmospheric. 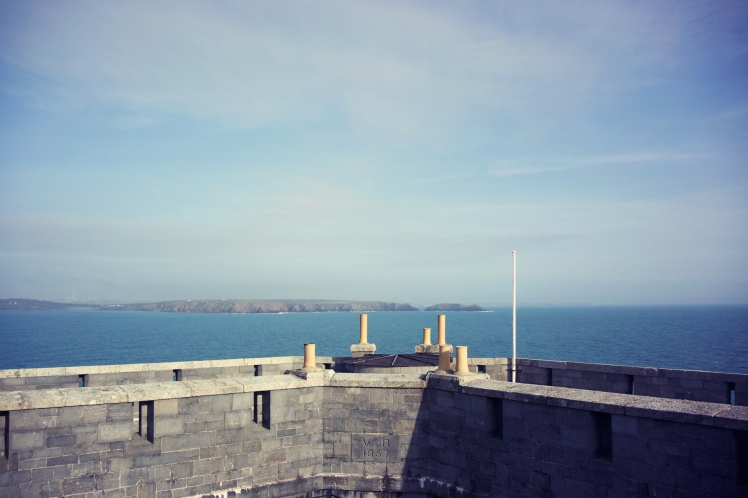 It’s incredibly boring living in anything other than a fort.