I’ve had a peculiar fascination with crime and punishment for as long as I remember.  Growing up, various members of my family worked at Broadmoor Hospital and my grandparents practically lived next door so summers were spent playing in the shadows of the walls.

It’s not as odd as it sounds, I promise.

I also had a weird obsession with Reading Gaol, mainly because it is directly opposite the Toys R Us where my parents would take us to spend our birthday money.

Again, not as odd as it sounds.

I didn’t ever think I would ever get to see inside however.  Short of pulling off and then getting caught for an epic crime, how would an ordinary member of the public get to walk the corridors of this monument.

Enter Artangel and their brilliant transformation of the prison into an exhibition space.  Empty cells interspersed with cells filled with art and letters all on the theme of incarceration and confinement.  There are some extraordinary pieces to be found as you explore each one of the wings, and all three floors. 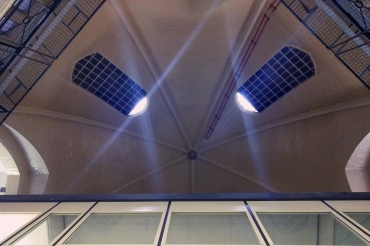 You’re left to roam the prison freely, but they do give you a map.  Husband and I decided to go through each wing systematically, going into the cells, visiting the Governor’s Office and the chapel-turned-sports-hall which now has an jarring mix of stained glass windows and squeaky vinyl flooring.

Of course the spirit of Oscar Wilde was around every corner, with his cell being the main one people honed in on (for selfies, unfortunately).  It was actually difficult to get near it when we visited so we didn’t get to see inside but his original door is exhibited in the chapel/sports hall, which is also where readings of De Profundis are performed. 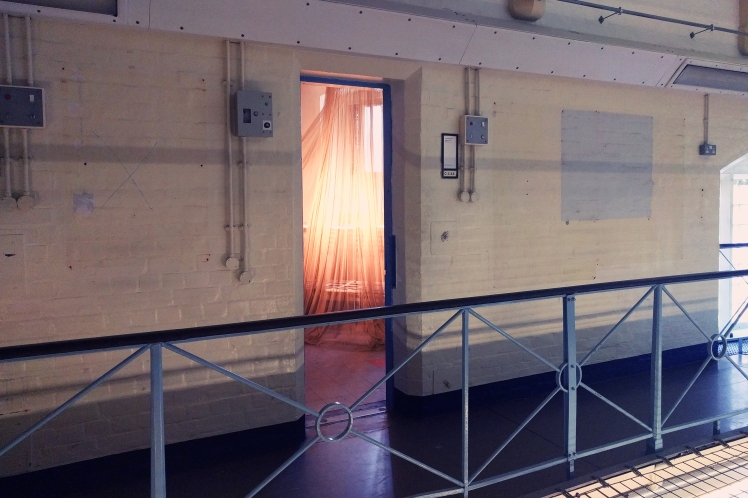 There were several pieces of art which captured my attention, including Steve McQueen’s The Winter (above) and Roni Horn’s Still Water photo-lithographs.  But the pieces that just blew my mind were Robert Gober’s Waterfall.  I don’t think I’ve ever seen anything like it before.

What looks from a distance like a tiny screen in a jacket was actually a fully functioning waterfall, a portal through to another dimension.  I was amazed.

The whole prison amazed me.  It’s open for another month or so – I cannot emphasise enough how much you should go visit before they turn it into a cultureless housing development. 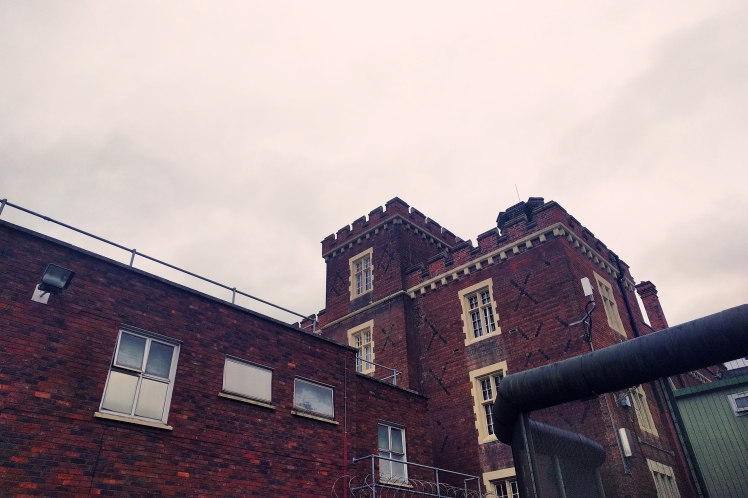