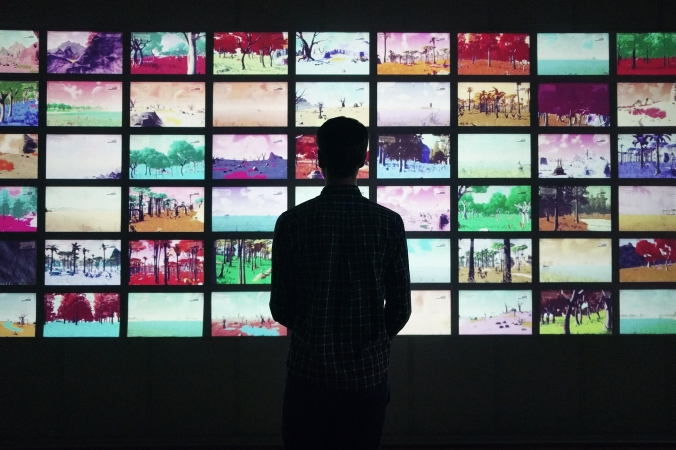 London has a lot of excellent exhibitions going on in various museums at the moment.  I’ve recently had two trips in to the city, and saw a couple of very different shows, enjoyable for very different reasons.

A couple of weekends ago, I met up with a friend to go to the Museum of London.  I’ve been passed it a few times and a) didn’t appreciate what it was; and b) could never figure out how to get into it as it’s seemingly in the middle of a roundabout.  I’m so glad I’ve finally visited as it’s now possibly one of my favourite museums. 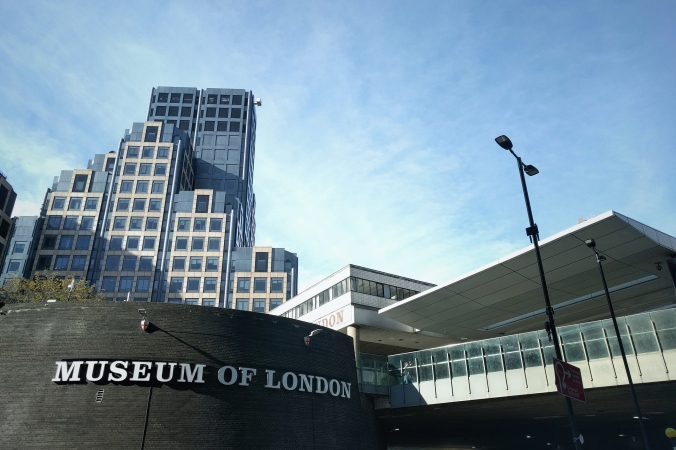 We had gone specifically to see the London Nights show – beautiful photographs of London at night from late 19th century to more modern images.  The photos were stunning and as I wandered around the exhibition, I wished that I could take better night time photography.  I loved the photos where you can’t place when they were taken – the ones which look like they could have been taken yesterday.  The exhibition is on for the next couple of weeks, so go see it if you can.

We then went on to explore the rest of the museum, which is where I quickly fell in love.  There is such a huge range of items on display, all related to London through the ages.  One of the most wonderful permanent exhibitions is the Victorian Walk – a parade of beautiful shop fronts set out like a winding street.  And the shop – oh my goodness, the shop.  What a fitting way to end our visit; I could have spent a great deal of money in there.

After our trip, we walked through the quiet City of London and found ourselves in the vicinity of the insane Doughnut Time.  Their creations are out of this world – the doughnut I had was covered in glitter, and the one I bought for Husband was a white chocolate cheesecake flavour with Oreos.  Truly epic.

Museums and baked goods was the theme of this weekend as well.  There were three exhibitions Husband wanted to see at the V&A  all with a nerdy theme – one on videogames, one on computer art, and one vaguely futuristic.

This trip wasn’t for me, so I allowed him to geek out whilst having a quick look at the displays.  Husband was amused that he found me reading about feminism in video games after temporarily losing me – where else would I be?  It was also fun to see the computer art exhibition as it was in an area of the museum I hadn’t been in before – every time I go to the V&A I find something new.

I loved the arcade games at the end of Design/Play/Disrupt.  I was pretty good at the three Line Wobbler LED games by Robin Baumgarten, and desperately wanted to play a game called Breakup Squad but some kid wouldn’t get off the machine.  I also got to play Queers in Love at the End of the World – a beautifully poetic game by Anna Anthropy.  It was a crowded gallery though, and the rest of the games all had queues of people waiting to play.

And the baked goods?  Well you can’t visit South Kensington without a trip to the Hummingbird Bakery, especially because they had their halloween cupcakes in at the moment.  HOW CUTE?!?!

Museums and cakes – the two best things about London.

One thought on “Museums and Cakes”